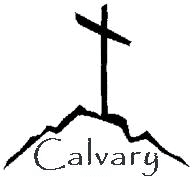 note: As part of an evangelical and mission-minded denomination, Calvary has been very involved OVER THE YEARS in various mission activities and events such as trips to Nicaragua, Haiti, Mexico, Philippines, El Salvador, the Congo, Dominican Republic, Alaska, and Thailand.

Construction of our present church building started in 1938. During construction of the permanent building, the Church met in a tabernacle built by members in ten days. Members of the Church gave a great deal of volunteer labor and the cost was kept down to $30,000. On November 6, 1938 the new building was dedicated.

Calvary sponsored the establishment of Judson Baptist Church and a number of Calvary members willingly transferred their letters to form a nucleus for the new sister church.

Our “new” educational unit was dedicated on May 13.

The sanctuary was completely renovated and a beautiful Rodgers organ installed.

For a detailed look at our first 50 years, click here!

Ground breaking for our new Family Life Center was held on June 19, 1987.

Rev. Bret A. Truax became the 12th senior pastor to be called to service at Calvary.